In the Dragon Age DLC “Leliana’s Song,” I finally meet Leliana during a flashback sequence, and what are you doing to my heart. Intrigued? Then it’s time for Mark to play Dragon Age.

Ah, the source of some of the strangest interactions I’ve ever had with a fandom! While I admit that I definitely could not have gotten the same thing out of this DLC as anyone who had Leliana as a party member, I appreciated this story all the same. I know that this may have provided this character with some crucial backstory that wasn’t in the main game. That’s probably the intention of it. So for me, this was actually my first introduction to Leliana. Throughout my entire playthrough of Dragon Age, I never once used a bard or Bard skills, though a small number of my party members at one time had Bard skills pre-programmed in their tactics. Because this DLC was only a couple hours long, I didn’t get all that much experience with a bard, so I think I’ll reserve any judgments on that until I actually get the chance to play as one.

So Leliana! She’s funny. And kind of infectiously joyous, too! I was a bit confused about the set-up to this DLC because it throws you right into the middle of the story, and then you get these little flashes to introduce the other characters:

Which reminded me of all the cutscene introductions in Borderlands. You know which ones I’m talking about? They look like this: 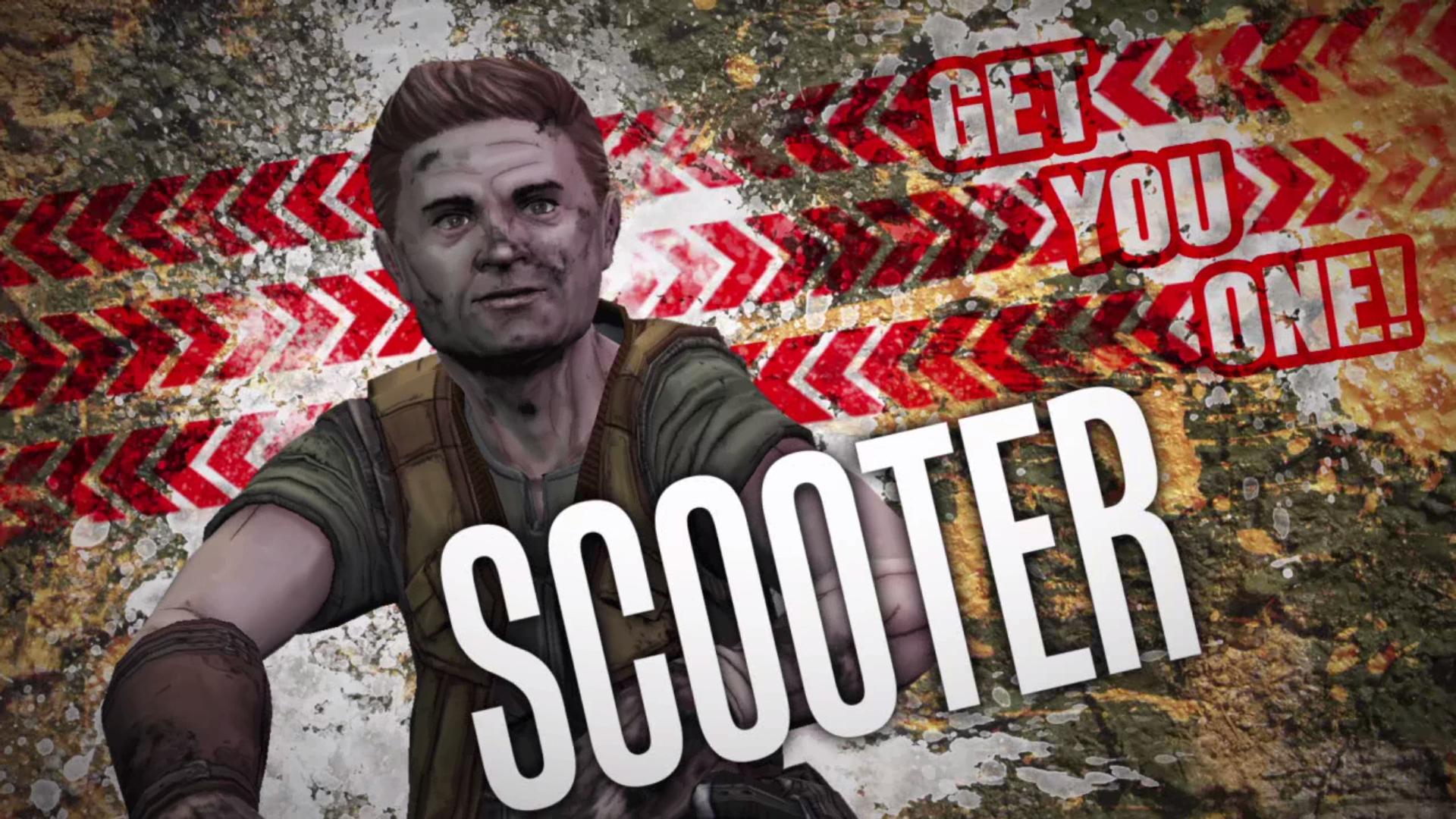 Oh god, I love Scooter so much. OKAY, THAT’S NOT THE POINT. This is the point.

Is…. what…. is that…. my god, the queer subtext is rapidly becoming text. I know this game allows you to romance any other gender, but because my game is a bigot and I could never seem to trigger a romance no matter how many times I gave stuff to my companions and talked to them, it was pretty cool to finally see this on screen. Of course, the one time this finally happens for me, it’s in a story that is most ABJECT TRAGEDY.

But until the DLC’s story got to that point, I was actually kind of unimpressed with “Leliana’s Song.” The missions were simplistic, none of the fights were challenging, and I failed to see the point of the “game” that Marjolaine wanted Leliana to play. Plus, a lot of what I had to do was just mean. Granted, practical jokes played against the nobility hardly have me thinking about the moral implications of my actions, but putting that one dude’s “Suspect Underthings” on the Chanter’s Board seemed cruel. So did planting stolen things on that drunk dude. I didn’t know who these people were! Then I had to start killing people, and burying soldiers in the ground and –

Anyway, things started to get more serious once I went inside the Arl’s palace and it was clear that the “papers” I had to plant were some shit, y’all. Orlesian seal? Why? WHY WOULD YOU HAVE ME RISK GETTING CHARGED FOR TREASON? Even my companions recognized that this was kind of fucked up. But what could we do? Marjolaine was in control, and it wasn’t appropriate to disobey her. However, this seemed like a pretty terrible risk to take. Well, and there was the whole jealousy thing, since Leliana caught Marjolaine sneaking off with a soldier. Hey, world, can we retire the promiscuous and inconsiderate bisexual trope forever and ever until the end of time? Thanks. Aside from being degrading to bisexuals, it’s so fucking boring. I’m tired of stories revolving around it.

OKAY, MOVING ON. I suspected that Marjolaine had done something to get out of this little game we were playing. Our escape (initially, at least) was too easy, and then it was extremely fucking hard. Oh my god, that Master who was hiding out in the room with all the Mabari? FUCK THAT DUDE. He killed my whole party FOUR TIMES before I was able to use Sketch’s spells to paralyze him. And then THIS DLC GETS REALLY FUCKING DARK SUPER QUICKLY. Like, again, I wasn’t surprised that Marjolaine betrayed Leliana. Then there’s that scene where she stands behind Leliana, over her right shoulder, and you know that Leliana is going to get arrested and WHAT THE FUCK DID YOU JUST STAB LELIANA??????  No, what the fuck??? From this point on, “Leliana’s Song” becomes far more interesting to me. How was Leliana going to get out of this?

With the help of someone Marjolaine screwed over in the past. Someone convinces Leliana to escape for her own good, giving her a key and a dagger. So, I set out to rescue my companions! I found Sketch first, and then picked up a new companion named Silas, who was rather grateful that I saved him. It was time to get Tug and –

I am throwing my hands up in the air. What the hell, y’all? What is this DLC???? Oh my god, this is so fucking brutal, I swear. There was one moment that made me laugh, though. I freed a prisoner named Adaia, and she said, “Thank you, girls!” Hell yes, you’re awesome, Adaia.

Can we talk about this, though?

There are quite a few fantastic images in this DLC, and this is one of them. “Leliana’s Song” is about how this woman was betrayed by someone she loved and how that has affected her worldview. In this scene, it’s like she can’t even continue to find out what’s waiting for her. She’s lost Tug, and she is in so much pain. So it’s understandable that she’s not all that friendly to Mother Dorothea, despite that she was the one who saved her. (Twice, technically!) I think that’s largely because Leliana is still in shock from such a traumatic experience, and now Dorothea is roping her into another mission. Like, can’t she heal? Grieve? Must she keep going? Her friend ALLOWED HIMSELF TO BE KILLED TO SPARE SKETCH’S HANDS. Give her a break!

Regardless, Leliana pressed on, making her way up to where Marjolaine and Commander Raleigh were waiting for a rendezvous. After fighting a dragon (and totally annihilating it, btw we are awesome), I chose to have Leliana spare Commander Raleigh’s life. This wasn’t her fight. I did, however, allow Silas to kick him off a cliff HELL YEAH.

The final image of this DLC is a haunting reminder of what Marjolaine did to her former friends. It’s left unsaid what ultimately happens to Marjolaine, but I didn’t have Leliana kill her. But come on, y’all:

IT’S A REVERSAL OF THE STABBING SCENE. Ugh, my goddamn heart. If anything, “Leliana’s Song” just made me want to replay Dragon Age so that I could finally have Leliana as a companion. OH GOD, I WISH I HAD THE FREE TIME.

– You can follow me on Twitter for any updates and live commentary on upcoming reviews I’m writing.
– You should read this very important post about supporting Mark Does Stuff!
– Video commissions are just $25! You can commission me to read, watch, or play anything for current, past, or upcoming projects right here!
– The glorious Mark Watches Doctor Who: Series 4 ebook is now out and available for only $3.99!
– I’ve started reading The Shoebox Project for Mark Reads, the first fanfic “series” I’ve ever covered!
– Both Mark Reads Harry Potter and the Order of the Phoenix and Half-Blood Prince are now available in paperback form!

About Mark Does Stuff

Owner/writer of Mark Does Stuff!
View all posts by Mark Does Stuff →
This entry was posted in Dragon Age and tagged dlc, leliana's song, mark plays dragon age. Bookmark the permalink.